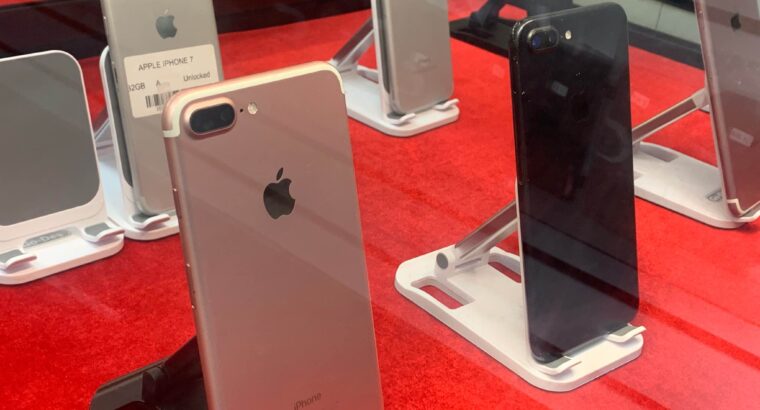 Phones are gradually becoming a fashionable way to depicting social class style and taste. In a global world like ours, communication has metamorphosed to a digital sphere where choiced cell phones of 21th Century technology capture images, motions and voices exactly as they are. As such, a right brand of phone, gives one the best factory features assigned to it but enables phone applications to function adequately. In Nigerian markets, the price-list which give a list of the prevailing prices of the merchandise, stocks, specie, bills of exchange, or other matter dealt in issued steadily or occasionally by dealers to their customers and often giving other particulars (as import or export duties and drawbacks) is determined by the foreign exchange rate as commodities such as phones are imported into Nigeria.
The grade and brand of a phone determine the price which is better described in creole English- Better soup, na Moni kill am. Although many phones such as Alkatel, Sendo, Motorola, Blackberry, Zoom et Al gained popularity during the initial years of the introduction of private owned telecommunication in Nigeria in 2000, recently cellphone companies Teckno, Samsung, iPhone, itel, Infinix, Gionee, among others have tried to compete favourable in the global market. Thus, version upon versions of such phones are advertised every day to meet the technological needs of the users. Can you imagine that latest phones have taken over virtually all the functions a laptop computer can perform.

TECNO MOBILE is known to be a premium smartphone and AIoT devices brand from TRANSSION Holdings. Popular with “Stop At Nothing” as its brand essence, TECNO is committed to unlocking the best contemporary technologies for progressive individuals across global emerging markets, giving them elegantly designed intelligent products that inspires consumers to uncover a world of possibilities. TECNO understands the needs of consumers from different markets and provides them with localized innovations and design breakthroughs demonstrated through their mastery of serving consumers who are “young at heart” and never stops pursuing excellence. TECNO’s portfolio spans across smartphones, tablets, smart wearable and AIoT devices made for consumers in over 70 emerging markets world-wide.
The latest Tecno in the market is ‘Spark 7 Pro‘. Featuring a power Helio G80 and 5000mAh battery, TECNO Spark 7 Pro is known for its amazing performance and durable battery life. The overall design is pretty sleek and the metallic finish adds a stylish touch to the look. At the back, you get 3 cameras and a quad-LED flash to capture photographs even in the dark. The fingerprint sensor at the back is positioned in a comfortable position to help the user unlock the device easily. The display measures 6.6” with a 90Hz refreshing rate. With such a high refresh rate and a resolution of 1600x720p, you will surely enjoy playing high-end games and HD movies on this smartphone. In terms of performance, this is a power-packed smartphone. You can choose from different variants featuring 4GB and 6GB RAM with ROM options of both 64GB and 128 GB. Also, its 5000 mAh battery ensures extended battery life to let you travel long distances easily without worrying about the battery percentage. The market price ranges from N120,000 to N150,000, but may defer from city to city.

IPhone has a user interface built around a multi-touch screen. It connects to cellular networks or Wi-Fi, and can make calls, browse the web, take pictures, play music and send and receive emails and text messages. Since the iPhone’s market launch, further features have been added, including larger screen sizes, shooting video, waterproofing, the ability to install third-party mobile apps through an app store, and many accessibility features. Up to 2017, iPhones used a layout with a single button on the front panel that returns the user to the home screen. Since 2017, more expensive iPhone models have switched to a nearly bezel-less front screen design with app switching activated by gesture recognition.
The lastest Apple mobile launch is the iPhone 12 Pro Max with a market price of N720,000 to N800,000. The mobile was launched in 13th October, 2020. Some of the features include:

In 2007, itel Mobile was born in Hong Kong by understanding customers’ desire to connect to the globe. Popular for adopting “Enjoy Better Life” as its brand philosophy, itel provides budget-friendly mobile communications technology to everyone. It democratizes technology by giving entry to technology and connections to consumers without prior access to it, allowing them to get closer and benefit from their social connections. After more than 10 years’ development, itel has expanded its presence in more than 50 emerging markets globally but more popular in Nigeria due to her fairness in price. itel’s latest mobile launch is the A48. The current price which ranges from ₦80,000 to ₦110,000. The mobile was launched in 17th August 2021. The phone comes with features such as:
* Quad Core, 1.4 GHz
* 2 GB RAM
* 6.1 inches (15.49 cm); IPS LCD 720×1520 px (276 PPI)
* Bezel-less with waterdrop notch
* Rear Camera
* Single Camera Setup 5 MP Primary Camera
* LED Flash
* Front Camera-5 MP
* Battery- 3000 mAh
* 32 GB internal storage, expandable upto 128 GB.

Gionee was established in 2002 with her products fully stocked in Nigerian markets for over 10 years. Back in the days of Java-powered mobile phones, the company struggled with companies like Nokia, Motorola and Samsung. However, while struggling to gain significant market share, the company kept to a strategy, producing phones with remarkable batteries.When the Android OS came around, the company made some tweaks to their overall strategy, while maintaining the battery strategy. Over time, they gained attention and became successful. The company has greatly improved in the production of its devices. Currently, it has over 40 Android-powered smartphones in the market. Considering buying a Gionee smart device is a very cool thing as Gionee phone are generally known to be nice.
The latest Gionee phone in Nigerian markets is ‘Gionee S10‘ which is another Gionee high-end smartphone. Its price ranges from ₦100,000 to ₦120,000. The device which features a 5.50 inches display has a resolution of 1080 x 1920 pixels. This resolution leaves the LTPS IPS LCD of the phone with a pixel density of 401 pixels per inch. The phone comes with four cameras, two positioned in the front of the phone and two on the rear side of the device. The following are some of the interesting features:
* Network: 2G / 3G / 4G
* OS: Android 7.0 Nougat
* Chipset: 2.50 GHz octa-core chipset; MediaTek MT6757T Helio P25
* RAM: 4GB RAM
* Storage: 64GB storage; expandable up to 256GB
* Cameras: 20MP + 8MP front cameras; 16MP + 8MP rear cameras
* Battery: 3450 mAh and a fingerprint scanner.

Infinix company is committed to the building of stylishly designed cutting-edge technology with a focus on smart devices built to deliver fantastic smartphone experiences. Founded in 2013, Infinix products are made from the ground up with next-level technology & exceptional design at the core of every creation. Infinix’s brand spirit aims at empowering the lives of today’s youth so they can challenge the norm and stand out from the crowd all around the world. The latest infinix phone is infinix Zero 8
The latest Infinix Zero 8 smartphone was launched on 27th August 2020. The market price ranges from N90,000 to N120,000. The phone comes with a 6.85-inch touchscreen display. Infinix Zero 8 is powered by an octa-core MediaTek Helio G90T processor. It comes with 8GB of RAM. The Infinix Zero 8 runs Android 10 and is powered by a 4500 mAh battery but supports proprietary fast charging. As far as the cameras are concerned, the Infinix Zero 8 on the rear packs a 64-megapixel primary camera, and an 8-megapixel camera. The rear camera setup has auto-focus. On the front, the Infinix Zero 8 packs a 48-megapixel primary camera and a second 8-megapixel camera.The Infinix Zero 8 runs XOS 7 is based on Android 10 and packs 128GB of inbuilt storage. It was launched in Black, Blue, and White colors. Connectivity options on the Infinix Zero 8 include WiFi and GPS. Sensors on the phone include accelerometer, ambient light sensor, proximity sensor, and fingerprint sensor.
Do you now see good reasons why u should go for the latest phones. However, your budget determines the brand of phone you can afford in the market. But for efficiency, try these brands and enjoy technology at its full speed.