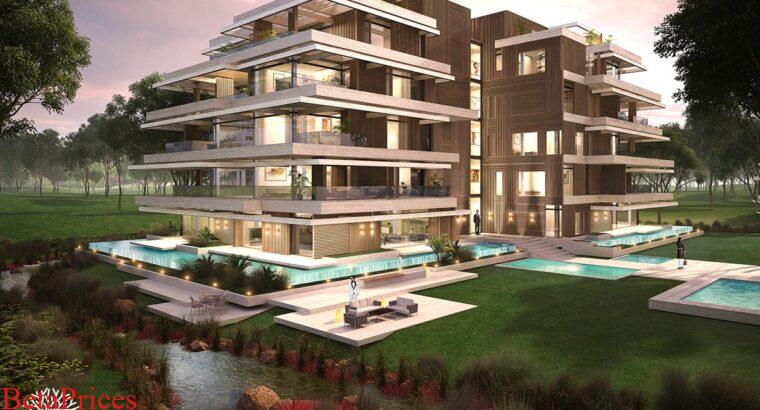 Al Barari Villa: The Apartment living in Dubai you should rent

Do you often wonder why many people choose Dubai as a place of vacation?. Has it at any point in time crossed your mind before?.

Of course this luxury villa is one of those reasons.

Going by the records, Al-barari is one of the most beautiful places in the world. This is not far from the truth since it is popularly known as the Botanical Heaven. Before the name Al-barari, it was usually called the Green Villa Community.

However, there are six places that make up the Al-barari Empire and they are Alfresco, Gourmet, Restaurant (The farm), Spa (Heart and Soul), State-of-the-art health club (Body language) and Residence.

It is said that a couple once celebrated their wedding at the farm and I think that’s so cute.

The spa is a place for residents who are looking for means to relieve stress and keep their mental health in check. Not only is the spa a stress reliever but it also has sections for massage, manicure and pedicure, facial treatments and special bath treatment.

The health club is for residents who want to keep fit and have first hand experiences on Yoga, Bootcamp and Karate amongst a host of other things; not forgetting to mention that there’s also something to keep your kids engaged.

Alfresco and Gourmet however are sections belonging to the farm.

The residence is the most popular of them all since that’s equally where the luxury villas are sited.

Under the residence, there is The Nest, Seventh Heaven, Ashjar, The Reserve, and The Neighborhood.

The Nest is said to be the most luxurious of the villas.

According to recent news, Al-barari might soon be having a medical center, a bank, a super mart and other amenities in Phase 2 and I think that’s something to look forward to. This will really spur Travelers to the United Arab Emirates to find the Neighborhood more attractive and also interesting too.

Where is this beautiful place located?

The luxury Al-barari Empire sits in the center of Dubai, UAE. Little wonder many people go to Dubai for vacation purposes, it is indeed a tourist attraction.

In other words, who is the brain behind this innovation?

Al-barari is owned by Mohammed Bin Zaal, an entrepreneur with a speciality in real estate development. Mohammed was said to have entered Al-barari as a sales representative until he took over the company five years later. He is also the chairman of another real estate company, KOA, which was launched in 2016. For those who want to “shoot their shot” at Mohammed, I’m sorry to disappoint you but he’s married with children.

In a recent interview, Mohammed was asked the motivation behind its construction, and here is what he had to say below:

– Since the empire has other interests apart from houses, the aim is to present luxury to meet people’s desires.

– To recreate a European garden in the desert. (The word Al-barari means wilderness).

– To create luxury homes in Dubai for sale.

Not only is Al-barari built to make money, other opportunities that the empire presents include improved ecosystem, economic growth and employment benefits.

Al-barari is estimated to be worth $90.2B and is increasing on yearly basis.

How much do villas cost in Al-barari?

Sometimes, it costs less, and other times, more, depending on the apartment you’re getting.

What is the customer service number for Al-barari?

If you’re a high income earner living in any part of the world and would love to have a taste of luxury, Al-barari in Dubai is your go-to place.