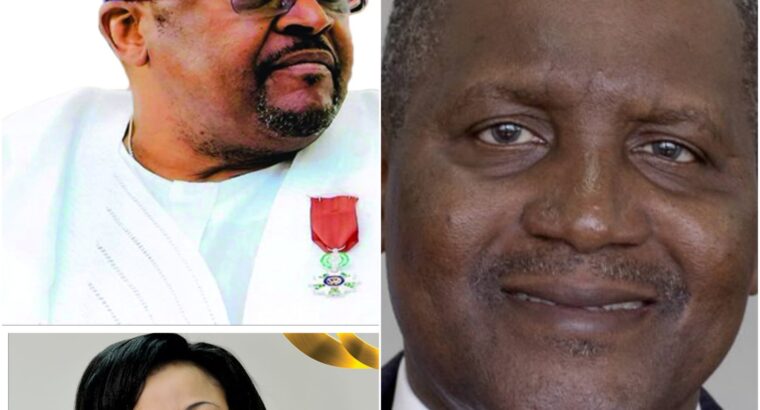 Whether you’re looking for inspiration or you’re looking for information about successful entrepreneurs who have and are still doing well for themselves in their various businesses, then you’re in the right place. Today’s article will be centered on 8 notable Nigerian business moguls of our time.
Let’s go.

Starting at number one, Ogechukwu has received several entrepreneurial awards. Some of them include the promising young entrepreneur of the year 2018 and the next titan Nigerian top 18 young entrepreneurs awards.
Her brand, body-like-milk has expanded to countries like Ireland, United Kingdom, Dubai and South Africa to mention but a few.

There is no doubt that her dream of becoming a top 10 world class skincare and cosmetic expert will soon become a reality. We know this because of her ruggedness, having started her business with N1,000 and expanding it to what it has become today.
In 2020, Anugo-Obah was on Forbes 25 under 25 list. And she continues to be an inspiration to many youths.

Asides being a Princess and the daughter of a politician, Fifi is a renowned business owner who has carved her niche in Architecture. She is the founder of Starcrest group of companies, a company that deals in real estate, oil & gas and building construction.

In 1983, Fifi was the first black African woman to be awarded a B.Arch from Pratt Institute, New York. Since then, Fifi has continued to make a name for herself in Africa and other continents around the world. Fifi also has many awards to her name.

On the third spot, we have yet another woman who has and is still doing well for herself in the business industry. Bimbo is the founder of Leatherworld, one of the leading furniture companies in Africa. Bimbo first started as the founder of a mini gift and beauty shop before her love for designs and leather works inspired her to start her own furniture business in 1994.

Her business took a new turn in 2007 when she partnered with NIERI, a family owned furniture company in Italy. Since then, Bimbo has been on top of her game, consistently expanding her horizon throughout Africa and the world at large.

The first man on our list today is the President, JAFAC group of companies. Before venturing into politics in 2015, we saw his resilience in ensuring that he became a successful businessman. Chief Chidi started by selling household items in Onitsha before he moved to Lagos and switched to selling designer shoes thereafter. Later on, his business expanded and in 1989, he established JAFAC group of companies and it has continued to grow to what it is today.

Tony Elumelu has gradually become a household name not only in Nigeria but beyond the borders of Africa too. In 2020, he was on Time’s List of 100 most influential people in the world.

Tony Elumelu studied Economics in the university but started his career as a salesman in 1986.

Before he founded his own company in 2010, Tony led one of the largest mergers in the banking sector by acquiring the United Bank for Africa (UBA).
Also in 2010, he founded the Tony Elumelu Foundation, an African based foundation championing entrepreneurship in Africa. Since then, he has been committed to serving the private sector as much as he can.

Just like the personality last reviewed, Folorunsho Alakija is also a household name. Alakija first started a fashion line which experienced a terrific expansion and attracted customers such as the wife of the former Nigerian President, Ibrahim Babangida.

She later went on to become a vice Chairman of Famfa Oil, which is partners with Chevron and Petrobras. This has now been converted to an oil mining lease and will likely operate through 2024.

Mike Adenuga is a people centered person. The advancement of humanity has always been his core drive in his business endeavors.

His company, Globacom was the first to apply for a GSM license and after they were granted, Globacom revolutionized the Telecom sector by introducing the per second billing system, crashing the cost of sim cards. It was also the first to introduce the 4G service. Globacom was the first Telecom operator on the African continent to build the submarine optic fiber cable system from Europe to Africa, creating seamless communication links between continents, increasing clarity in voice and data calls and reducing the number of amplifiers needed.

His company CONOIL is also the first indigenous company to explore, discover and produce oil in commercial quantities in Nigeria. His bank, Equitorial Trust Bank was the first to meet the 2005 N25B bank recapitalization.

At 40, he was named the richest Nigerian and he gives out $100M to charity annually, making him one of Africa’s biggest charity donors.

Aliko Dangote is Africa’s richest person according to Forbes. We see how this wealth came about by his business acumen. He is the founder of Dangote group of companies with subsidiaries in food processing, oil and gas, freight, cement manufacturing, telecommunications, refinery and automobile.

He has received many awards, some of which are the guardian man of the year 2015 and African business leader award, 2016.

His estimated net worth is about $13.6B ad of January 2022 but rumor has it that he’s worth twice that.

So, there you have it.
If you have the determination these people have and work smart into achieving it, in no time, you also will be on this list.

Meanwhile, see you at the top.