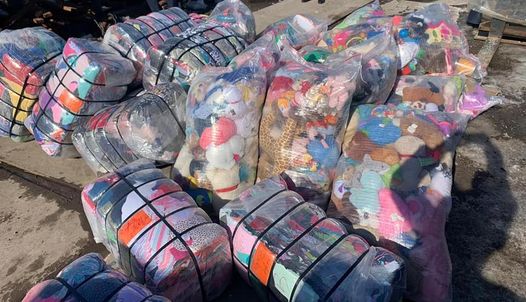 Second hand or Akube clothes as they are also known have helped in clothing the low and middle income earners in Nigeria. The reason for its increased demands is not just because of its cheapness, but also the high quality of each fabric in a bale compared to the ones sampled in boutiques.

However, some proponents believe that these “Bend down select” wears have some consequential health side effects, but the buyers are adamant since it helps them save on the high cost of clothing that is bedeviling Lagos State.

Since importation of thrift clothes is banned by the Nigerian government, there exist market days in a week its buyers expect the suppliers to provide them with new stocks as in cities like Aba, Porthacourt, Lagos, Owerri, Warri, Benin and so on. Though still contraband, in most states in the country there are stores they are openly sold without the interference of the responsible Law enforcement agencies.

The sellers of these cheap clothes have Depot in the following places.

This market houses a larger chunk of Akube clothes in Lagos. It is synonymous to the name, Okrika. The market is also called Katangora or Katangowa by traders. It is the biggest and most popular Okrika market in the state as at today. There is no limit actually in the items you can buy from these shops, from used up and down clothes for ladies, first grade shoes to long-lasting school or hand bags.
Since fresh stocks usually land during the weekend, market days are usually on Monday, Wednesday and Fridays. The market is located at Super bus stop between Ile-Epo and Abule-Egba.

In the year 2020, the Lagos State government under the administration of Governor Sanwo-Olu demolished the building with the intention of improving it.

This is an ultramodern market located along the Ojuelegba-Itire Road in Yaba, Lagos. It remains one of the best places where you can buy used clothing materials in Yaba. A set of renovations have been done on it after was reportedly been destroyed by fire in 2007.

If you are living in Oshodi, and you want to Katangua, it entails entering a Taxi going to Iyana-Ipaja and thereafter, another one going to Abule-Egba. But the good news is that you don’t need to stress yourself doing that since what you are looking for in Katangora is closer to you there in Oshodi.

The Oshodi Okrika market was reorganized by former Governor Babatunde Fashola from a headless market, is now easy to navigate in and out. The marketplace is situated at Isopakodowo in the city of Oshodi.

Apart from London used items, another large source of second hand clothes is Cotonou the economic hub of Benin. Badagry maintaines a strategic position in the business of Akube wears since they first land in Nigeria via the Benin-Seme boundary.

The market is sectionalized to sell all sorts of goods. The clothing materials section has a division for new ones, and that for fairly used where you get all your Second-hand clothes at cheap prices.

Lagosians usually refer to Balogun Ajeniya market as the largest due to its complexity in navigation. It habours sellers of various types and kinds of used wears from bags, shoes, clothing fabrics, belts, sandals, slippers, gowns, trousers, shirts and skirts.

The market cuts across many parts of Lagos Island and has been nicknamed “Eko”. One cannot easily say that the biggest market is located here or there since its wings touched most streets of the Lagos Island.

The busiest market in Lagos, Yaba market shares a common boundary with Tejuosho as specified above. Just take a bus to Yaba and you are in the market already. It houses assorted UK Okrika jeans, shirts, underwears, hats, stockings, bags and shoes.
The prices are also affordable and greatly depends on your bargaining skills to get a good deal for yourself.

The market is located along Isolo way, Isolo Lagos, and happens to be a few miles away from Murtala Muhammed international airport, is your go to for quality used clothes. Before now, the market days used to hold only on Tuesday. But in the year 2020, Vanguard news reported that the Aswani market has adopted Wednesday also as its trading day.

This market is for the corporate world who wants to go it cheap without a single compromise on quality. Visit Bali for all sorts of designer shirts and trousers that suits the office ladies and gentlemen or even the job seekers and casual wearers.

The market is known for where to buy quality white collar job clothes at cheap rates. It is located in Lagos Island just off broad street, the road directly in front of former AfriBank.

Having reviewed the top 8 most popular, visited markets for used items in Lagos. There are other markets in Eko that offer similar services but are not in a large scale compared to the ones topping the list above, they include: Alaba international, Jankara, Oyingbo and Trade fair.

Please use the comment box below to let us know about any market that sells Okrika clothes at wholesale or retail quantities in Lagos that we didn’t include in our list.