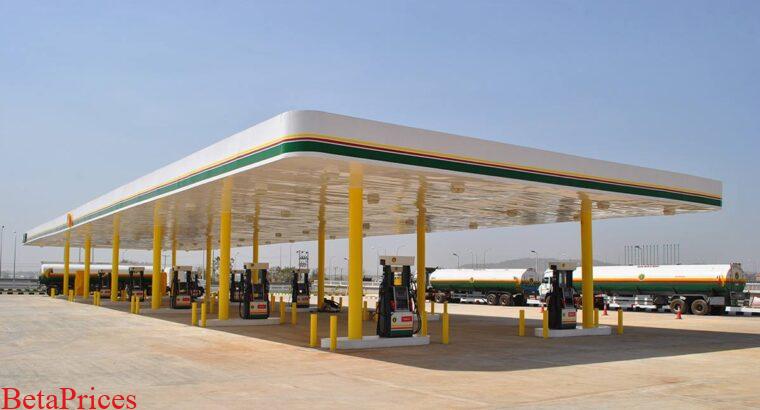 Nigeria is a West African oil and gas rich giant abundantly blessed with various natural resources. The gold in liquid form, crude oil happens to be one of them.

Patrol is the most consumed non-edible product in Nigeria since 1970s till date. Although this substance has so much market value and other related advantages, it’s composition of methane and emission of carbon (IV) oxide into the air is really a backlash that is seeing the rise in its other alternatives like solar, electrical and Bio gas energy sources.

The refined petroleum product gasoline is used as fuel to power Cars, Generators and Motorcycles among other energy-driven machines having internal-combustion engines in Nigeria.

Despite the government’s attempted intervention to subsidize cost of petrol, fuel pump price in filling stations across Nigeria has always been on the increase from year to year. Nevertheless, here is a list of filling stations who have managed to make the most out of the oil and gas market by making themselves more powerful, richer and famous. In no particular order, the list goes below.

The company, Oando is Nigeria’s first indigenous oil and gas company, it started as ESSO in 1956 and has been adjudged to be one of the best filling stations in Africa. It has since then passed through the hands of different shareholders but first brought home when the government bought a major stake in 1976 and renamed it to Unipetrol and subsequently to Oando after Adewale Tinubu (of Ocean and Oil enterprises) purchased 30% share from it.

Oando is of two main departments, the trading and Energy resources divisions.

This materialized in 2016 in what can be called a tri-partite business relationship between Vitol Group, Oando and Helios to form OVH.

This division is responsible for oil exploration and production in Nigeria.

Currently, Oando has more than 300 direct labour under its employment and reportedly generates about quarterly revenue of about 418.3 million naira with a net income of about 13.2 billion naira. Oando fuel stations are not rampant, but it can be seen in states’ capital cities.

This is the first independent company to market petroleum products in bulk. Conoil is an oil and gas company that is equally indigenous to Nigeria after the government took over 60% of its shares from Shell. It has over 26 years of experience with Mike Adenuga presently as its major shareholder. It has its filling stations well scattered across the county and sells petroleum products like Quatro lubricants & Golden Super Motor Oil.
An unconfirmed source has it that Conoil’s quarterly revenue in 2016 amounts to 85 billion naira while it’s monthly net income is 2.8 billion.

Ardova is a petroleum product retail, marketing and distribution company whose CEO is Olumide Adeosun. It was a British company formerly known as Forte Oil PLC, they are headquartered in Victoria Island, Lagos. According to Wikipedia, Ardova Plc has a total number of 450 filling stations spread across the country. Just like most stations, Ardova offers varying petroleum products like Diesel, Premium Motor Spirit (PMS), aviation fuel, kerosene, and other high quality lubricants for sale.

The company’s revenue as at the third quarter of 2017 was reported to be ₦96.8 billion while its corresponding income was ₦9.7 billion.

Total is an international oil and gas gaint company that is indigenous to France and headquartered in Paris with presence in over 130 countries of the world. Its filling stations exist in Nigeria and has operated for more than 63 years. They are arguably the most popular and well-distributed gas stations in Naija with over 600 distribution points.

In Nigeria, it’s managing director is Imrane Barry. The company aims to provide consumers with quality products and a safe and clean environment. The administration understands the need to be located closer to end users. The adopted that and have continuously smiled to the bank since then. The company’s income and revenue in the country is not official yet what is public is Total’s net worth as a global firm dealing on crude oil. 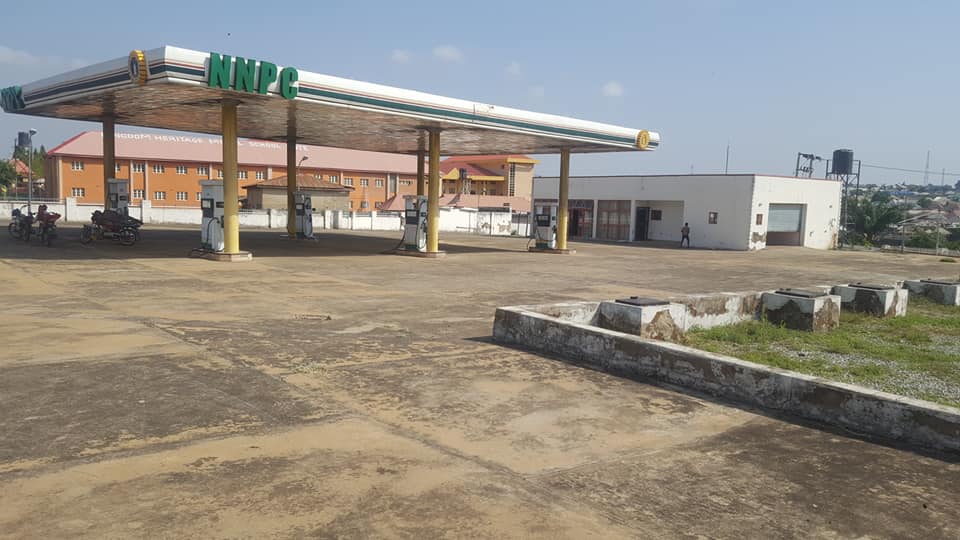 The Nigerian National Petroleum Corporation is the oil and gas regulation arm of the Federal government that serves as a pace setter for others to follow. It also seeks to protect the interest of some multinational oil firms in the Nigerian oil sector.

It has its headquarters located at Herbert Macaulay Way, Central Business District in Abuja. Officially founded in 1977, its presence can be felt in each state of the federation. Their mini and mega stations are popular for their uncompromising nature during fuel scarcity and price hike, thereby making consumers trust it’s leadership the more. The Corporation’s income and expenditure statistics is not yet public.

Although Mobil petrol stations are not that rampant in the country, they are still worthy to be included in our list of the top Ten richest in the business of oil and gas distribution in Nigeria.

The ExxonMobil is an offshoot of John D. Rockefeller’s business empire which was broken down by the then American government to checkmate monopoly. Just like the founding father’s Standard oil, it is a multinational energy and power company that has it’s international headquarters in Irving, Texas USA.

The Nigerian subsidiary has some of its head offices in Rivers state, Abuja and Lagos state. The company’s income and expenditure in Nigeria is not official online yet. We strive to get it for you.

This filling station especially its branch at Gadar Tamburawa along Zaria Road, Kano which was commissioned by Governor Ganduje in 2019 has been marketed as the biggest fuel station in Nigeria. Some proponents of this argument say Empire oil in Imo state is bigger than it is.

Salbas oil and gas is owned by its CEO Alhaji Saleh Baba Rano. They are an oil marketing and distribution company that has been in existence since 2003 till date.

Salbas net worth is not yet public. The monetary value of its investments is the reason behind this inclusion.

Formerly known as as Texaco, until Petroci bought a major stake in Chevron, a parent company to Texaco to form MRS oil and gas. They are not just into sale of crude oil refined product at retail shops, but also into sale of aviation oil and automotive lubricants.

The company is owned by MRS Holdings Ltd and they have filling stations crisscrossing every state of Nigeria but headquartered in Lagos.

Eterna fuel stations is the most beautiful filling station in Nigeria with over 30 years of experience having started operation in 1991.

Its CEO/MD is Mahmud Tukur in an interview stated that there are plans to increase the number of petrol status so as to be able to serve their customers in other various locations across the country. This conforms with the company’s aim to move from the downstream sector to that of midstream and upstream.

The company’s earnings and expenditure withheld for now.

Honeywell is best known for selling of compressed natural gas in its fuel stations. They maintain a very meaningful presence in the 36 states of the federation.

Here you yave the Top Ten list of richest, biggest and most famous petrol stations across Nigeria. There are 9,500 filling stations in Nigeria and that number is increasing on a daily basics. As the major source of foreign exchange and earnings, dealers of crude oil products are rich and they make their money mostly selling Fuel, Desiel, Kerosene, Cooking gas, Lubricants and others. These filling stations make nothing less than 10 million naira profit every day (depending on location).

If you are looking to start the business, just get your capital and business registration details ready then approach the Federal Ministry of Petroleum and Energy Resources for guidance.