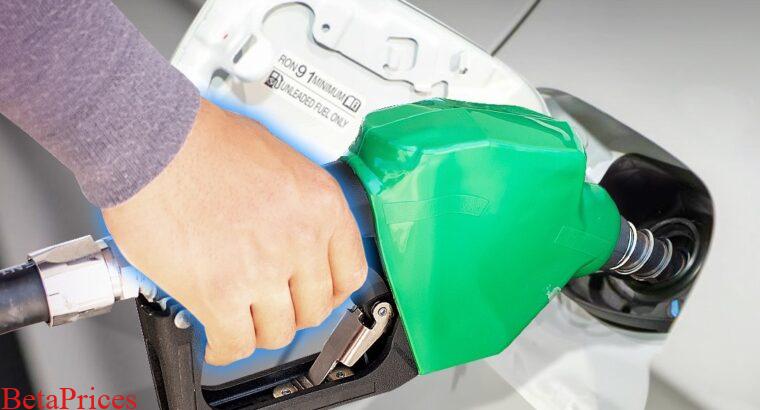 Price of Gasoline (Petrol Fuel) per Litre in Nigeria Today 2022

The price of Petrol in Nigeria has always been a thing of concern to Nigerians and the international community at large. This is because the Premium Motor Spirit also called Gasoline is currently one of the most consumed products in many countries of the world due to its daily need as fuel for vehicles, motorcycles and power generators. Apart from the popular 95-octane Gasoline, crude oil also gives rise to other petroleum products like Diesel, Kerosene, Liquefied Petroleum Gas (LPG), Jet Fuel etc. Read on to see their market price list.

You may have wondered what makes Petrol prices change like it does, the reason is not far from the forces of demand and supply at the international scene. Everyone knows Nigeria is one of the largest producers and exporters of crude oil in the world today. Surprisingly, when demand in the world’s Oil market is more than its supply, Nigerians suffer fuel scarcity that results in increased fuel costs. But when its demand falls, the reverse will usually be the case just like in March 2021 when the government signaled a slash in fuel prices due to the menace brought on world trades by the Viral disease. Another factor to consider are the interest unions or bodies influencing sale of Oil at the international level like the Organization of the Petroleum Exporting Countries (OPEC).

It goes without saying that the prices of Premium Motor Spirit (PMS) as sold in retail filling stations is Subsidized by the Federal Government of Nigeria which is aimed at making the pump price affordable by an average citizen since the landing cost predicted to be over ₦1,000 per litre will be too expensive for most people to buy. As a result, the government still pays Subsidy till date, although there are plans to remove Fuel Subsidy in the nearest future.

Prices of Gasoline in Nigeria

As a commodity with its prices regulated nationwide, the pump price is relatively the same in most states. Except you are buying from the black market where the rate is reasonably higher than the norm which is a major reason why most people prefer patronizing petrol stations especially that of NNPC. However, for cities like Lagos, Abuja and Portharcourt, the average pump price of fuel is ₦163 per litre while that of its black market is ₦230 per litre. Check out table below for detailed price list.

This is the updated price for the month of January 2022

A Review of Petroleum products in Nigeria

When crude oil is drilled, extracted and heated under varying boiling points in refineries, the process usually gives rise to different liquids and gases separated in distillation columns like Diesel, Asphalt base, Paraffin oil or Kerosine, Petroleum Naphtha, Liquefied Petroleum Gas, Jet fuel and others. Below is a brief description of top-selling ones.

Most people tend to confuse Diesel with other products. For clarity sake, Diesel is a combustible green dyed liquid that ignites without sparks. It is less volatile compared to the petrol, hence specifically designed for use in internal combustion diesel engines as Wikipedia Diesel posits.

It is usually used in heavy-duty vehicles with diesel engines, so also in other machines in factories and manufacturing industries to power locomotive tools, steam engines and boilers etc.

Most car owners in Nigeria go to fuel stations, demand for tank refill and drive off without knowing the type of fuel they are served. That is not actually the best practice since the PMS are sold according to rating and therefore are supposed to be bought based on a car’s engine specifications. This is because, putting the unspecified fuel in your car or motorbike’s tank has some dire side effects as it could result to engine issues or even tank explosion.

For most uses, there are actually three petrol types, they are ones with octane rating of 91, 95 and 98. Although there are other less-popular ones like the E10 and E85 ethanol-based fuels. Know the one you are buying to give your engine a sound and long-lasting life.

This is the gaseous type of petroleum product that is used mainly for heating purposes. It is also known as Condensate and can be used to power vehicles lately and it is best known as autogas. The truth is that this mixture of hydrocarbon gases is highly flammable and can easily explode. For that, they are stored in thick-layered cylinders called gas cylinders and are sold per kg of these containers. For conversion convenience, 1 kg of cooking gas equals 1.96 litres of this LPG.

Here goes another flammable by-product of crude oil mainly used for heating or burning purposes. It is a liquid fuel that is also used in jet engines and as a solvent for greases. It is usually obtained and distilled at the boiling point of 150 and 300 °C (300–575 °F). Its usage is currently witnessing a decline since the discovery and wide-acceptance of cooking gas as a better heating and cooking alternative.

These are base oils that are blended with additives to aid or lubricate internal engine combustion. It is equally called Motor oils and it is used on engine parts that are prone to wear and tear due to friction. In Nigeria, the most popular brands include Mobil (the most expensive engine oil), Castrol, Oando, Golden super, Forte, Seahorse, Martes, Sharlu, Visco 2000, Trust HD40 among other engine oil making brands today.

The hydrocarbon, Acetylene is a chemical compound that combines with Oxygen in a given proportion called Oxyacetylene. The result which happens to be a colorless and inflammable gas is mainly used for welding and cutting of metal materials owing to the combustion of the two gases.

As a take-home, do well to buy only the clean petrochemicals specified for your machine.