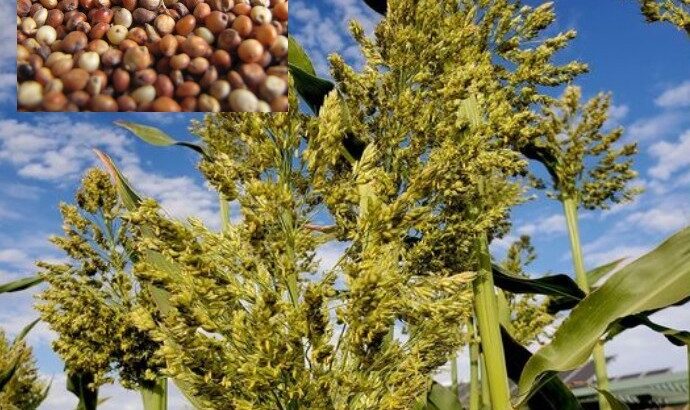 Here is Sorghum, the cereal crop grown in most parts of the world as grain for feeding of animals and as food for man. It is a genus of flowering plants in the grass family Poaceae which has about 25 species. The plant which is also called great Indian millet or Milo, happens to be the Sixth most produced grain in the world today.

The origin of the seed (Sorghum bicolor species) is traceable to Africa where it widely serves as a food crop. The edible starchy grain is small in size, round in shape, and popularly white or yellow in color. However some of its varieties in some Asian regions are red, brown, black, or purple. They are usually grown in regions where the soil was poor or the weather is too hot and dry since it has high drought and heat resistance properties.

It is a great source of carbohydrate and alternative to Corn, Rice and Millet. Nigeria is the second largest producer of Sorghum which is locally named Guinea-corn or Dawa, the most widely produced agricultural cereal in the Savanna areas of the West African Country with a production rate estimated to be about 6.7 million tonnes per year. In essence, the cereal’s panicles are compact and bear about 25,000 to 60,000 seeds/kg.

Market prices of Sorghum per Kg/Ton 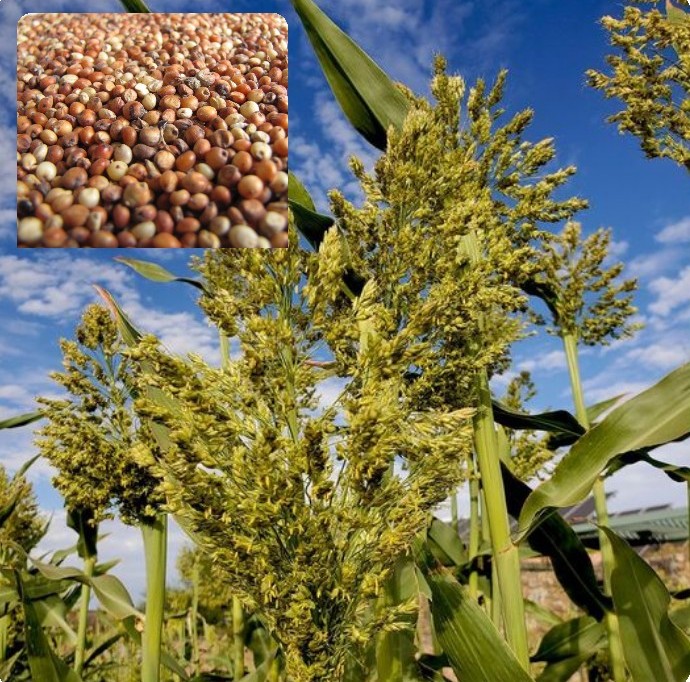 Across states in Nigeria, the grain sells for slightly different prices. The average price of Sorghum is ₦300 per Kg, ₦14,500 per bag and ₦280,000 per ton like we have observed in Lagos and Jos main markets in 2022

In Nigeria, apart from being a staple-food crop, the plant is used in preparing the traditional thatched roofs and fencing of houses, while the broomcorn is used in making brooms and brushes. Again, it is also adopted as a raw material for lager beer brewing.

Difference between Sorghum and Millet

Though the two cereals may take similar attributes, but there are contrasts. A significant difference between the two is that Sorghum is a genus of flowering plants in the grass family called Poaceae while Millet are smaller-seeded grasses, widely grown around the world as cereal crops or grains for fodder & forage and human food.