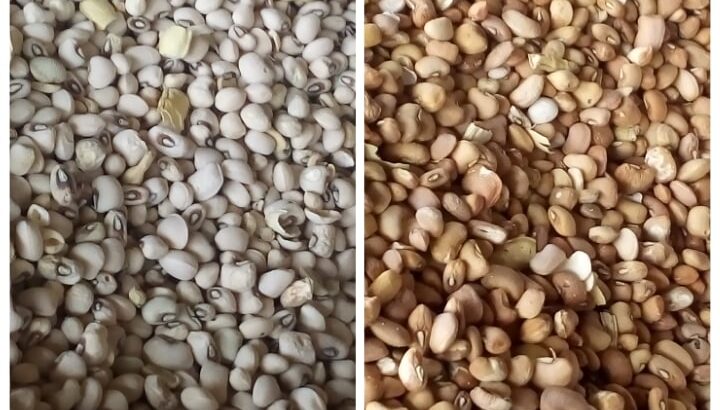 Current Price of Beans per bag, kg, ton in Nigeria 2022

Beans are one of the commonly eaten foods in Nigeria, be it in the early mornings or afternoons. It is either taken by some with bread, or others with Garri, some take their beans with Custard or Akamu, Nigerians have various ways they would like to eat their Beans. The West African Country is also one of the top producers of this grain-crop in the world. Beans one of the longest cultivated plants is the seed of one of several genera of the flowering plant family Fabaceae (which includes trees and shrubs). Beans have also been known to belong to legumes; a plant in the family of Fabaceae which produces seed in its pod. Some other legumes are Soyabean, Mimosa (sensitive plant), Peanuts, peas, Lentils, Lupins, Green pea among many others. Beans have nutritional values such as it contains high protein, complex carbohydrates, Folate, iron, and Fiber. Beans also contain little or no fat at all which helps in dealing with Blood cholesterol. For every 100 grams of beans is 347 calories, many people have been confused as to if beans are either belonging to a class of protein foods or carbohydrates. Beans contain 21 grams of protein in 100 grams of beans and 63 grams of carbohydrate in 100 grams of beans, so you could conclude that bean is more carbohydrate than it is protein. Like most legumes, they have higher carbohydrates with some protein, but beans belong to the vegetable food group. Some of the benefits of eating beans are:

These are some of the health benefits of eating beans, others include consumption of beans also might help you lose weight and prevent obesity in children, beans also contain folate, antioxidants which are essentials to the body system. Some types of beans are black turtle, black-eye peas, kidney beans, flat beans, cannellini, yellow eye among others.

How much is a bag of beans in Nigerian Market

Beans are sold in various Nigerian markets across the country, the price of beans is cheaper in the north than in the south. The region of the country you are residing in will determine the amount a 100kg bag of beans will cost, but it ranges from ₦80,000 to ₦100,000. There has been a steep increase in price per bag compared to what was obtainable in the year 2020 due to the farmers and herders crises and general insecurities in the country. A paint bucket of beans in Nigeria will cost between ₦2,000 to ₦4,000 this also depends on where you are buying from in the country, similarly, a cup of beans rose and will likely cost between ₦80 to ₦150. A 50kg bag of beans contains 12 to 13 paints. A 100kg bag of beans contains 26 paint buckets.

The current price for a 50kg bag of beans would go between ₦40,000 to ₦50,000. Not only the price of beans, according to the National Bureau of Statistics the price of food commodities has risen by an astronomical 27 percent since February 2021.

The price of beans in Lagos have surged from last year, the current price is about ₦24,750 for 50kg Oloyin beans to ₦50,000 for white beans, also brown beans sells for about ₦40,000

Oloyin beans as Nigerians called it or Honey beans are a type of black-eyed peas beans, that are light brown and kidney-shaped. A 50kg of oloyin beans costs ₦43,000, a paint bucket could cost up to ₦4,000. A 4kg oloyin beans from Jumia cost around ₦5,560.