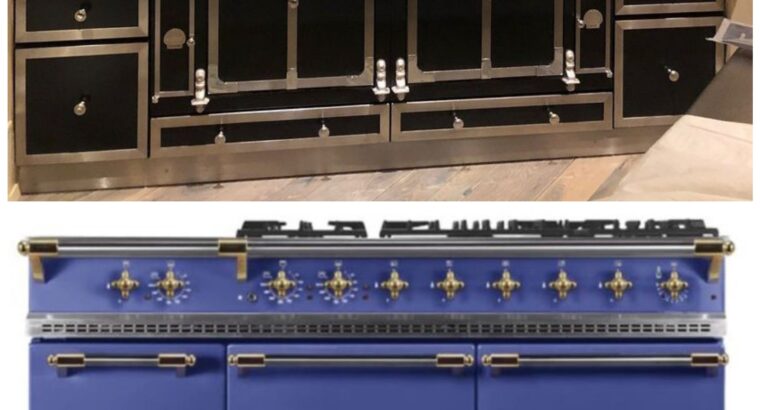 Since man must feed, the Kitchen has become a functional part of every home. As a result, cooking appliances like Ranges, Stoves or Ovens have become a major part of families.

After weighting the best-selling French ranges, we decided to review the two most popular ones which are Lacanche and La Cornue.

In time past, Chefs cooked over open fires and braziers. Subsequently, cooks upgraded to the use of Chimneys for heating of food. That was until the American-born German physicist by name, Sir Benjamin Thompson invented the first modern range in the 1790s.

This was achieved through an improvement in the Chimneys concept of the Middle ages. Before we proceed with these two ranges, let us look at these terminologies that may become confusing.

Ranges: This is a stove with an in-built cooktop.

Stoves: This is a heating device that makes use of Gas, Electricity or Charcoal to enable direct heating of surfaces. For example, the Kitchen stoves and Cook stoves.

Oven: This is a heating appliance that is used mainly for baking or roasting purposes.

Cooktop: It is also known as Hot plates or Burners (sometimes induction ranges) which are used to apply heat to the base of pans or pots. It is usually fixed on the top of a surface. 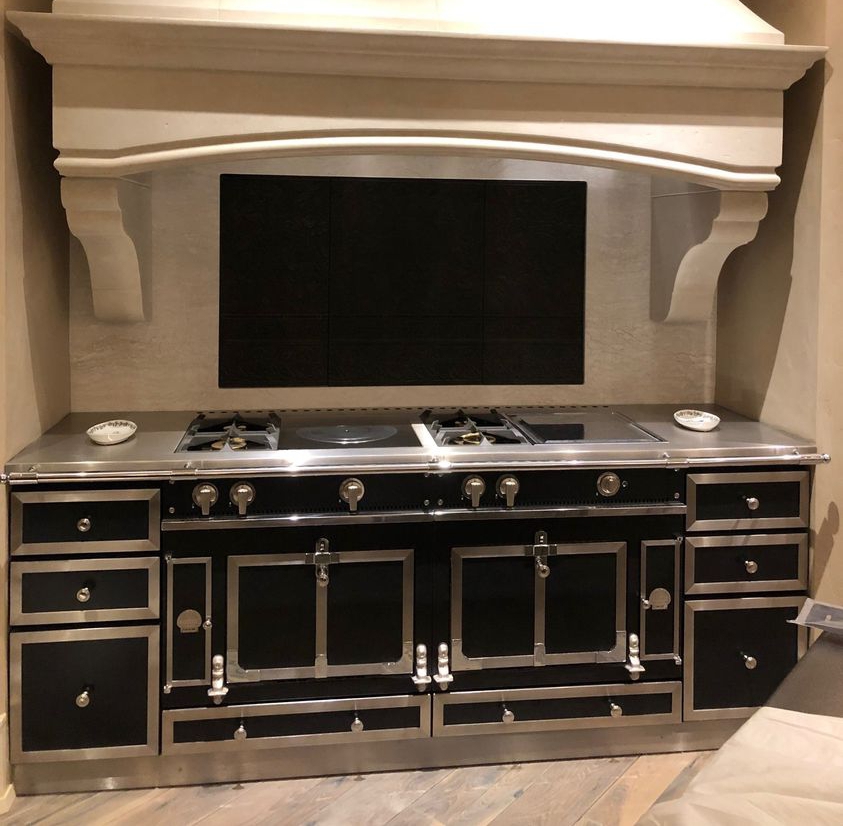 The origin of this range is traceable to the Paris Herbalist, Albert Dupuy who invented the first convection kitchen oven in the year 1908. He thought of a more versatile way of adopting the traditional heating methods (present at the time) for not just heating food only. That dream came through when he utilized a vaulted ceiling inside the oven to distribute heated air evenly around the heated surface. At the time, he made use of the city’s gas lines to power it. Now, La Cornue ranges are not just powered with gas, but also with electricity.

The brand has become synonymous with French cuisine and to a great extent, represents the culture. After operating many years as a family-owned business, in 2015 an American residential cooking and industrial equipment company formally known as Middleby Corporation purchased the company.

Over the years, La Cornue products has proven to be not only a kitchen appliance, but also as a decoration tool (a piece of art). Each unit is uniquely handcrafted by up to 60 craftsmen who pay attention to detail while making it. This could explain why the Canadian luxurious Interior designer, Ferris Rafauli, partnered with La Cornue to come up with the stove called Chateau Supreme, which he used to decorate Drake’s mansion. In that case, one can safely say that these stoves are a pack of cooking luxury.

As at the time of this publication, La Cornue manufactures three ranges which are: CornuFé, Château (in partnership with Ferris Rafuali) and CornuChef. As it is with most custom-made materials, this range is priced based on customer needs, so their is no fixed cost value attached to it.

However, records obtained from previous sales reveal that a typical La Cornue range goes for between $8,500 to $59,500 plus (USD). 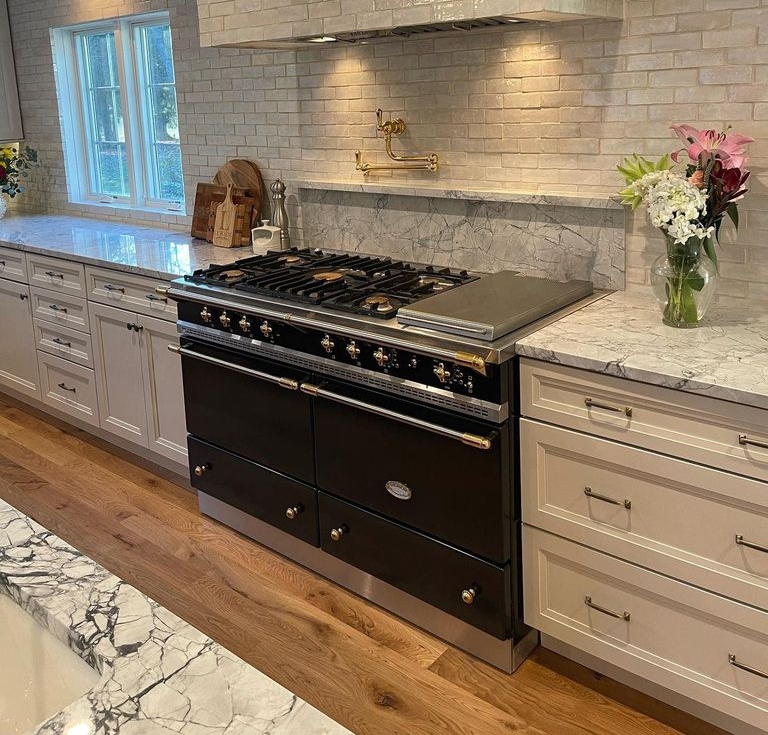 These ranges are equally packaged to give your cooking spaces that exotic look and feel that most modernized ovens give. Just like La Cornue, it made provision for the use of gas or electricity and comes in different  sizes and varying rich colors to match your taste.

The company has garnered over 250 years of experience since inception in France. A lot of work and time goes into making these stoves, as it requires a team of skilled artisans to hand-craft each piece one after the other, making delivery time run in a few months.

A look into the company’s history reveals that Lacanche took it’s name from a small village where it started in Burgundy. In 1995, it partnered with Art Culinaire. That move saw to the brand’s increased market share in the United States and many other countries like Canada, United Kingdom, Australia and others.

What can be said to be a selling point for Lacanche ranges especially in the US is its minimalist design (simplicity) that aims to manage available spaces on the go. This feature alone sets this brand apart from it’s competitors.

This range is produced based on user requirements and therefore does not have a fixed price. The cost of each range tends to increase as you order for additional features like extra Burners, Custom colors, Classic line or even Modern line; all of these tends to increase the cost of each item. Some of the makes found under the Modern line include: Beaune, Cormatin, Cluny, Beaune, Volnay, Chagny, Volnay, Savigny, Vougeot, Chambertin, Saulieu, and Cluny. In all, neither Lacanche nor La Cornue ranges are cheap.

Nevertheless, there is a wide variety of options to choose from that makes the total cost more expensive, yet worth it. It all starts from choosing from the three categories of ranges offered by Lacanche which are Electric, Electric Fan Convection, and the Gas powered range.

In conclusion of these French ranges

Although there are other brands currently on demand that may tickle your culinary adventure fantasy, but we chose these two manufactures because the ranges they offer for sale are hard to compare Considering their unbeatable pricing, features and services. In a nutshell, they are both big names that will give you exactly what you order for. Meanwhile, some other brands worth mentioning include but not limited to Thermador, Wolf, Viking, Dacor and Blue Star.