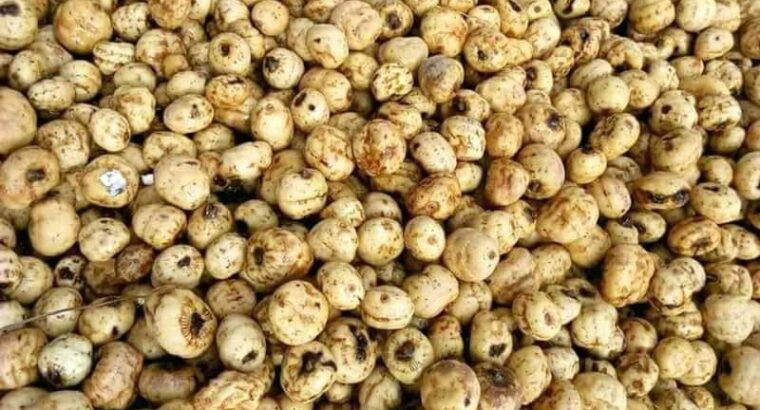 Cost of Tiger Nuts per Ton in Nigeria 2022

In Nigeria, this edible tuber or earth almond commonly called Tiger nut is a crop of the sedge family which can be enjoyed in its fresh vegetable state as dried seed or in its processed forms like the nuts drinks or its chaff as Pap.

The nutty snack food is an expensive source of insoluble fibre, Carbohydrates and Protein among other nourishing nutrients. In Nigeria, the plant is grown in Northern Nigeria especially in Katsina and Kaduna States. The demand for it is nationwide and different ethnic nationalities recognize it with different names. For example, In the North where it is cultivated, it is called Aya, among the Igbos it is known as Aki Hausa, while in Yoruba land, it is called Imumu, Ofio or Erunsha.

The nut is popular for the juicy drink made from it. That is the Nigerian version of Spanish Horchata De Chufa called Kunun Aya which is a sweet milk-like beverage. Kunnu just like Horhata represents any milky cream drink made from Vegetable or Cereal sources. This tuberous root comes in three main colored varieties: yellow, brown and black.

For sale purposes, Tiger nuts traders package them either fresh, roasted, dried, peeled, or baked in bags and sell them in tons, kilograms or even in Cups as seen on the streets where they are hawked by the retailers. But for wholesale quantities, the unit of measurement is usually in metric tonnes or sometimes in Kg.

Price of Tiger nut in Nigeria

Whether you are looking to buy Tiger Nut online or where to buy it in Lagos, Abuja, Onitcha or Benin city, the prices are relatively the same since these nuts are enjoying an even distribution across the country. The most popular type in Nigeria is the yellow variety and its average price per ton is ₦1,350,000. 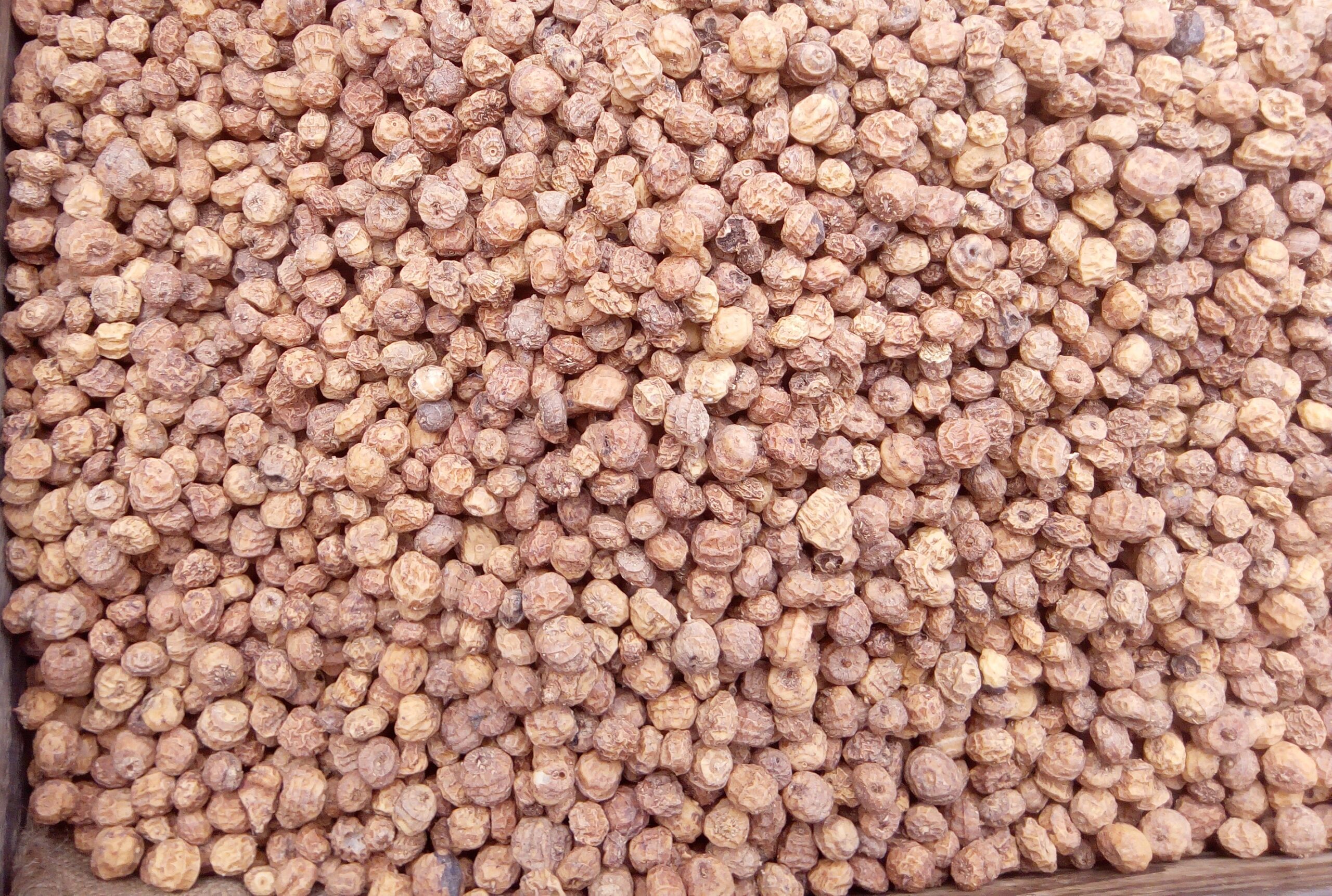 The planting season most suitable for bountiful harvest of Tiger nut annually is in April, this sees to to the early maturity of the Tubers and subsequent harvest in November. Although the roots can be planted in some other months and allowed about 7 months before harvesting them. They are known to best perform in a Sandy soil under a mild climate. Some of its top world producers and global exporters include the United States, China, Turkey, Germany, South Africa, Russia, Netherlands, Mexico, Italy and Afghanistan. The cash crop is one with high income value and virtually grows in most parts of the world. Surprisingly, its supply seems not to be meeting up with international market demands. Below are some of its uses that make its supply that insufficient.

Summarily, the tuber erroneously called Tiger nut is rich in nourishing nutrients that every balanced diet cannot do without. You can call it a tiny package of essential food nutrients.